Do you remember the awe-inspiring nature of your first museum experience?

The  cultural impact of visiting the world’s civic buildings cannot be overstated. The architectural prowess, whether Neoclassical, Renaissance, Modernist or otherwise, dances in a cultural melange with the works that fill the walls – resulting in a culmination of curiosity similarly inspirational to a quiet walk in the forest.

With centuries and centuries of historical resonance, these beautiful, bountiful properties keep drawing in the world’s seekers – eager to behold the introspection that so many collective souls have feasted on before.

“The first time I ever visited this iconic museum was when I was 8 yrs. old. My dad brought me to the museum and we made our way into the incredibly inspiring and intricate Thorne miniature rooms (one shown, below right) in the lower level of the massive building. They are a family favorite of ours. When I moved to Chicago in 1995 to attend Columbia University to study photography I lived in the loop and visited often – always obsessing and finding endless inspiration in their photography collections, and so much more. AIC is a connection to both Chicago and the world. Being an avid artist, appreciative of so many forms, history means the most to me when tied to a context of art.” 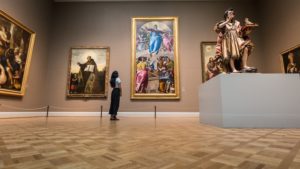 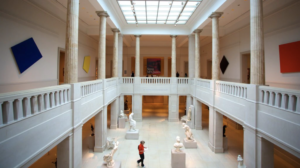 One of our newest Event Designers, Staci Miller, finds much inspiration in the unique structure of the Sydney Opera House.

The Sydney Opera House is such an iconic piece of architecture. I love the unique lines, it’s functionality for hosting Sydney’s utmost in cultural events and doubling as work of art. It’s reminiscent of an architectural sea shell or some beautifully full sails on the sea – making it one of the most iconic buildings in Australia. Much like Milwaukee Art Museum in Milwaukee, it’s the defining aspect of Sydney’s skyline + coastline. 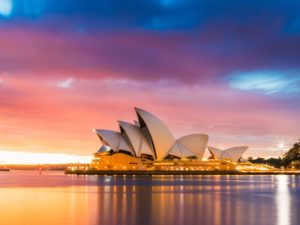 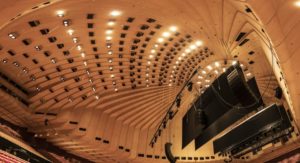 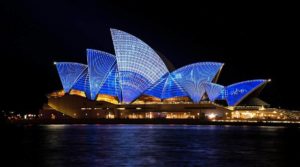 We designed + produced the opening celebration for Millennium Park in 2004. Planning of the park began in October 1997 and construction began in October 1998. Millennium Park was finally opened in a ceremony in which HMR led the design on July 16, 2004, four years behind the intended schedule. The anticipation and wait didn’t slow down any of the excitement. The three-day opening celebrations were attended by over 300,000 people and included an inaugural concert by the Grant Park Orchestra. The park has since received awards for its accessibility and green design. People consider Millennium Park the city’s most important civic project since the World’s Fair in 1893. It was an honor to be a part of that historic moment in Chicago’s ever evolving story. 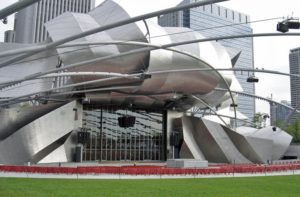 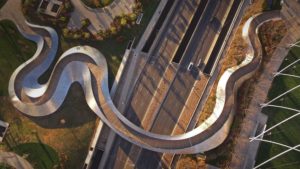 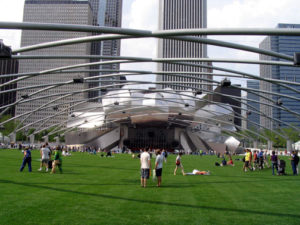 Jason Williquette, Event Designer and another one of our wonderful new faces of HMR, loves the unique architecture and depth behind the creation of Valencia, Spain’s Hemisfèric.

“Hemisfèric is a  spectacular building designed by Santiago Calatrava. The architecture represents a huge human eye, intended to be the eye of wisdom. The eye symbolises the observation of the world that one can discover by means of the wholly enveloping projection mapping of different, stunning environments. The curvature of the architecture combined with the projections and reflection of the water set amongst the beautiful Ciudad de las Artes y las Ciencias and its reflective body of water is simply stunning.” 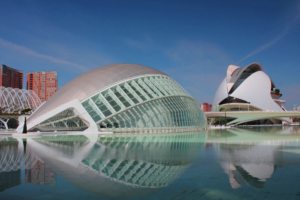 Event Designer Brittanie Ahrens has always had a soft spot in her heart for The Field Museum.

“I’ve always been incredibly drawn to the Field Museum. Throughout the years, I have worked there a plethora of times and was actually married there! The architectural beauty is just classic. Hopefully in 50 years my children will be able to go back and see the space just the same way it was when their parents got married there (photo at left!). I think that tradition of consistency and classical beauty will last for generations to come.” 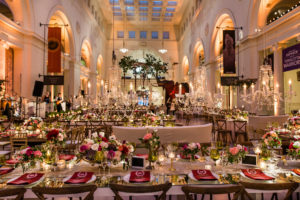 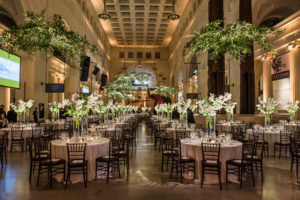 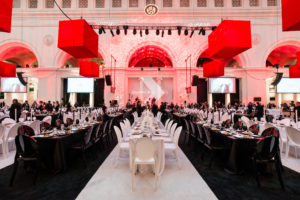 Marley Finnegan, Director of Brand Strategy + Partnerships is also fond of The Field Museum for their long-standing, proactive approach to sustainability.

Chicago’s only LEED museum, “A Greener Field” (the Museum’s “green team”) formed in 1989 as a grassroots recycling effort – which now has over 40 members representing all areas of the Museum. From bike-sharing programs to recycling and composting, this program integrates environmentalism, conservation, and sustainability into the Museum’s operations, which I love.

One of my favorite exhibits is the Grainger Hall of Gems. There since the museum opened in 1921, it has a history older than the Field itself. At the 1893 World’s Fair, Tiffany & Co.’s gem collection captivated viewers. When it ended, World’s Fair President Harlow Higinbotham purchased the entire collection and donated it to the museum. The exhibit has grown to include more than 600 gemstones and 150 pieces of antique and contemporary jewelry. Each display features a gem in its three stages of transformation: raw crystal, cut and polished stone, and mounted jewel in a finished ring, brooch, or necklace. I especially love the story of how precious opals are formed.” 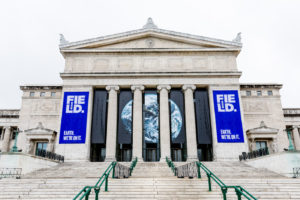 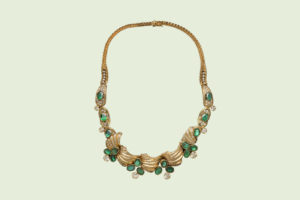 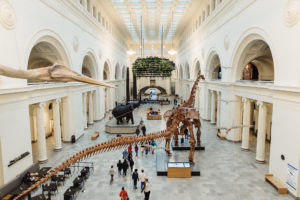 Bari Singh, Event Designer, is taken by the culture and commitment of Dia.

Founded in New York City in 1974 by Philippa de Menil, Heiner Friedrich, and Helen Winkler, Dia’s mission is to help artists achieve visionary projects that may not otherwise be realized. To portray their role in enabling these ambitions, they chose the name “Dia,” taken from the Greek word which means “through.”

Dia is focused on the commissioning of single artist projects, organizing exhibitions, realizing site-specific installations, and collecting in-depth the work of a focused group of artists of the 1960s and 1970s.

Known for advancing the Land Art movement, otherwise knowns as Earth or environmental art,  Dia was a pioneer in the space. As a trend, “land art” expanded boundaries of art. The materials used were often the materials of the Earth, including soil, rocks, plant life, and water found on-site, and the sites of the works were often distant from population centers, making them new landmarks for art lovers looking for thought provoking moments in nature. 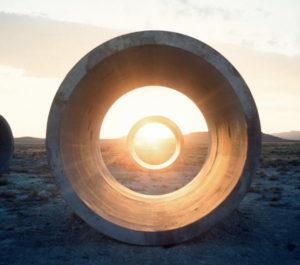 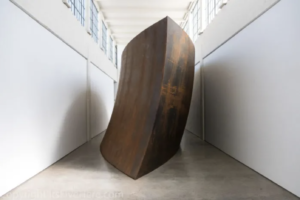 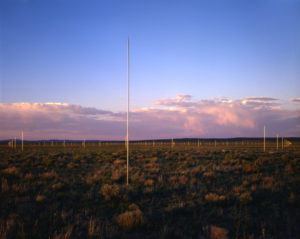 “El Ateneo is a stunning theatre turned library located in Buenos Aires. Having studied theater all throughout college, I have such a soft spot for a beautiful theater and its subsequent history. When I lived there, it was the the best study and relaxation spot I would frequent. You can sit on the stage (now turned cafe) and look out at the hoards of books. There’s something so soothing about being there, with the intricately painted ceilings and ornate, glowing walls.” 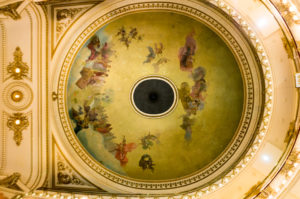 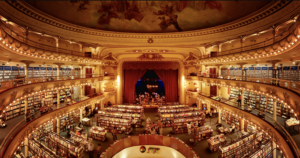 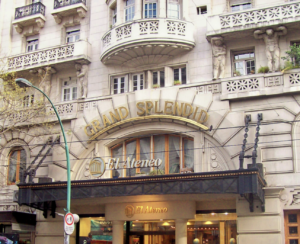 Burt Rubenstein, Event Designer, has always been taken by The Louvre.

“I am drawn to and appreciate Paris’ The Louvre for many reasons, one being because of its outrageousness.  Besides the unquantifiable value of the diverse range of artworks inside, the building itself makes an artistic and unique statement with it’s juxtaposed styles of modernism and French Renaissance. Also, who can forget the allegations from the Da Vinci Code, where author Dan Brown alleges the remains of Mary Magdalene are located under the Louvre, adding another wild layer of mystery to this already awe-inspiring architectural gem.” 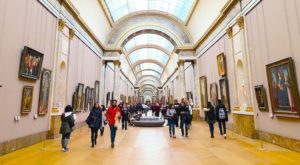 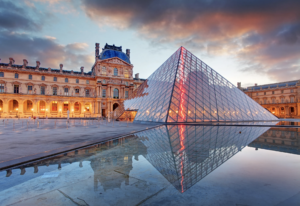 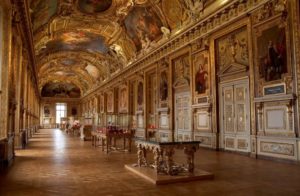 Event Designer Nick Watts has always been in awe when visiting The National Portrait Gallery.

“My favorite civic gem is The National Portrait Gallery — which doubles at the American Art Museum in DC. It has a beautiful, modern courtyard with an incredible undulating, gridded glass roof. It was formerly the old patent office, such a stark contrast in use case. The walls are painted in rich, inviting hues and you can behold all of the past presidential portraits, giant Bierstadt paintings, all in one uniquely historical space.” 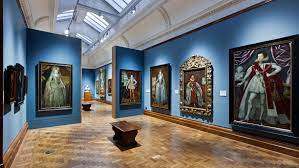 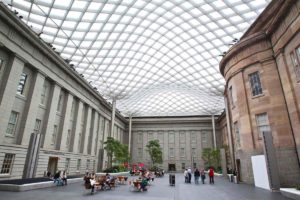 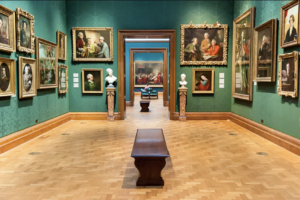 “Being a undercover history buff, I also love the American History Museum DC. American history is not my first love but I find it absolutely fascinating. We did a family trip to DC and spent a measurable amount of time relishing in all the incredible artifacts from the centuries that have come before us. The original documents housed in that building are pretty amazing to behold, considering the cultural significance attached to each one,” says David. 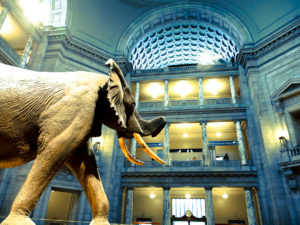 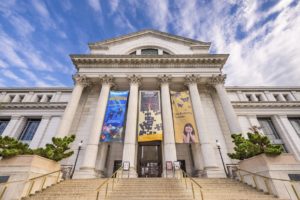 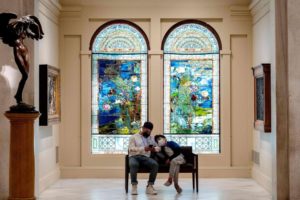 As borders continue to open back up to travel and tourism, we hope this may have provided someone with a new idea for a next adventure, whether down the street or around the world. We’ll be back early next month with some of our favorite niche holiday gifting ideas.

Stay tuned for some fresh content coming in 2022 after we wind down from this year of Inspiration. We started this campaign when the world felt a lot different. Oh how far we’ve come. Thanks for joining us, as always!