As more positive vaccine headlines emerge daily, the optimism for events, travel and celebration continues to rise. If your morning inbox tells you anything, the world has not been more ready to embrace and reconnect in over a century.

Our team finds inspiration in all forms. Traveling to new places, immersion in unique cultures and locales is a type of inspiration all its own, however. There is a special type of self-actualization which can capture one’s soul when you intentionally submerge yourself in the unfamiliar – the type of place that you can’t help but admire, wide-eyed, breathing in every singular detail.

What better place to begin than Varanasi, India, one of the world’s oldest continuously living cities?

Sr. Event Designer Bari Singh has felt the pangs of awe during her multiple visits.

“Varanasi has existed to current day in the same format, flow, and purpose as when it first sprang up, circa 3000 BCE. Wrap your head around that for a minute! Varanasi is not a destination of typical beauty, but if you want to expand your mind to new ideas, sensations, sounds, smells, languages, tastes, sights, and emotions, there is nowhere more inspirational. As the holiest place in Hinduism, it is a city steeped in ancient legend and myth, born of eastern philosophy and religion and often misunderstood by westerners. Spending time within the walls of the old city will flip your world upside down and offer new perspectives on life within minutes. If just thinking about my time spent there is this exhilarating, can you even begin to imagine how special being in Varanasi is? Required travel for anyone searching for answers.” 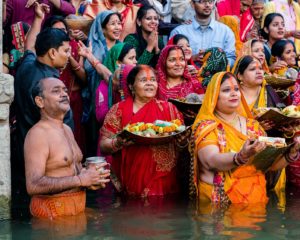 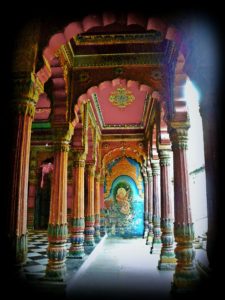 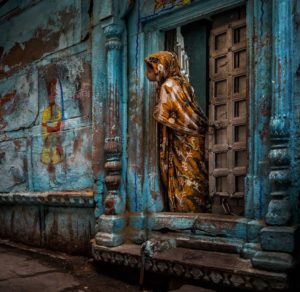 “The word “Siberia”often evokes images of lonely exile and deep freeze. For me it represents some of my warmest memories, culminating with the adoption of my two amazing children. All of our trips through Russia started in Moscow and took us across five time zones to Eastern Siberia. The city of Ulan-Ude lies 80 miles from the border with Mongolia, giving it a unique blend of Russian and far-eastern cultures. Traditional Russian cottages with colorful carved window frames mingle with aging apartment blocks and faded Soviet propaganda murals. Outside of the city, wooden settlements and Buddhist influences take over. And looming in the distance sits the deepest lake on earth, Lake Baikal. We never dreamed that a region so distant and “unknown” to us would have such a profound impact on our lives.” 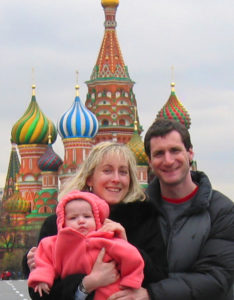 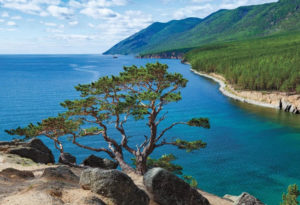 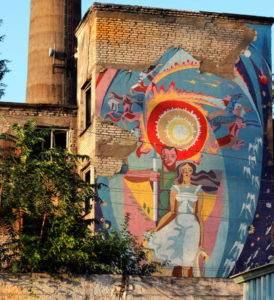 With dreams of designing and producing an incredible affair there someday, he fell in love with the property immediately.

“In my mind’s eye, guests would arrive to the front of the 18th century home, surrounded by bagpipe players in the distance and descend the gently sloping hill to a floating barge in the middle of the lake for cocktails. Next, guests would ascend to the spectacular glass house for a very intimate wedding ceremony. Following that, guests would be transported to the ancient and spectacularly illuminated stone tower, under a glass tent for dinner and dancing. The property is thoughtfully stunning in every way and the service unparalleled. It provides an impeccable experience which is not soon be forgotten.” 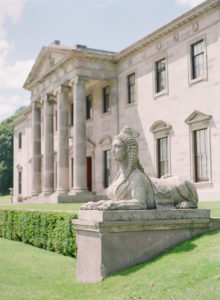 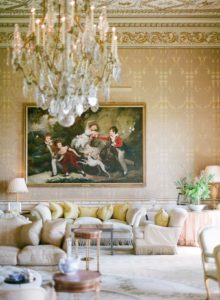 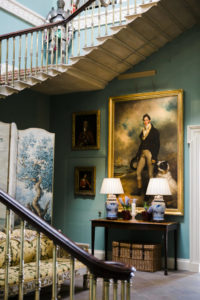 One of the most inspirational places that Director of Sales + Partnerships, Marley Finnegan, has been fortunate enough to visit is the Bo-Kaap neighborhood of Cape Town, South Africa.

Bo-Kaap was developed in the 1760s by a Dutch colonialist who built a series of small rental homes for the city’s Cape Malay slaves. The rental terms stipulated that the walls must be kept white. When slavery was abolished in 1834 and the Cape Malay slaves were able to purchase their homes, they painted them in bright colors to express their newfound freedom. It was a booming cultural center, as well, as many residents were highly skilled artisans.

During apartheid, Bo-Kaap was subject to the Group Areas Act of 1950, which enabled government to segregate the population by race or religion. Bo-Kaap was designated as Muslim-only; the residents of other religions and ethnicities were forcibly removed. Bo-Kaap was the only part of Cape Town in which Cape Malay people were still allowed to live. This injustice extended until the early 1990’s, when apartheid finally ended and rightful owners of these homes were able to return.

“Witnessing the beauty of these colorful homes and further understanding the depth of meaning behind their vivid hues and all that was overcome was extremely moving. Being there in person, one can feel the spirit of the Cape Malay people; the celebration of their liberation and their deep passion for life.” 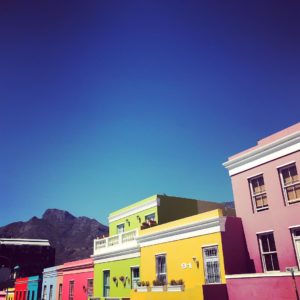 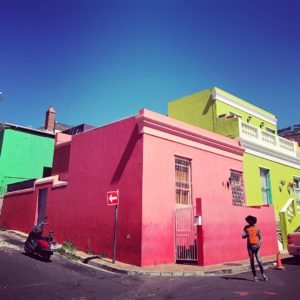 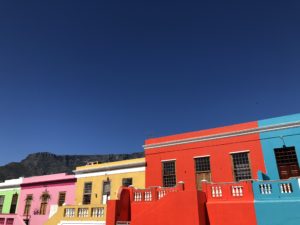 “I’d like to think I was French in a past life, and that my spirit roamed the effortlessly chic southern region of Saint-Rémy-De-Provence,” says Sr. Event Designer Natalie Walsh.

“Bathed in the best sunlight that any photographer and wandered could ask for, boasting the freshest local foods and wines, the most charming little restaurants, intoxicatingly abundant markets of colorful produce, antiques, textiles, and personalities, surrounded by lavender and sunflower fields, olive and almond groves, and endless ruins famously captured by Van Gogh, its flavor of “je ne sais quoi” cannot be beat. I haven’t been there in ages, and I cannot wish hard enough for the gift of my return.” 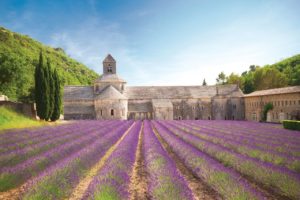 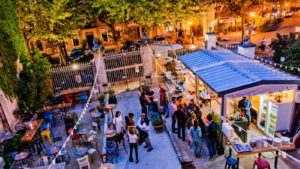 “Banyon Tree is close to all kinds of activities,  directly on the Caribbean. There are numerous activities including scuba diving, snorkeling, meditation or just lounging on the beautiful beach. The property is truly one of a kind with each villa featuring it’s very own private own pool and hot tub. For people like us who live and breath the design and execution of intricately planned events, it’s such a great release to visit a place which all of these conveniences at your fingertips. There are over six restaurants onsite and also it features an incredible spa, hiking and biking trails and wonderful, friendly service. We love it.” 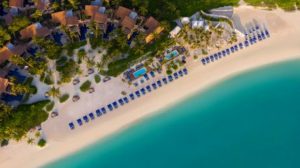 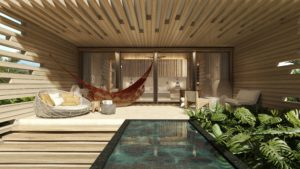 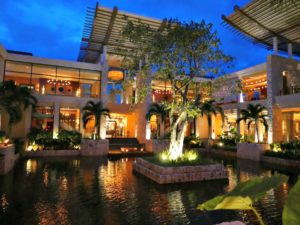 “The first time I visited Palm Springs years ago, walking off the plane – I immediately felt the warm embrace take me over.  Such warmth is created thanks to 100-degree plus dry heat and desert mountain ranges encompassing in each direction. No oceans nearby to disrupt this desert oasis; it feels like a warm embrace from dear Mother Nature.

Beyond the natural elements, Palm Springs is an art & design lover’s paradise – specifically a mid-century modern mecca, which can easily be observed and enjoyed by perusing through the residential neighborhoods. From a design perspective, I particularly admire how bright & clean the homes feel against a massive dry mountainous backdrop.  I love the emphasis on the front entrance seen on many homes – colorful and fun!  A memorable, exciting, unique entrance is ALWAYS a good idea. Another favorite of mine is the bougainvillea hedges that are so plentiful in Palm Springs – lush, colorful hedges that feel effortless yet provide so much stimulating beauty.” 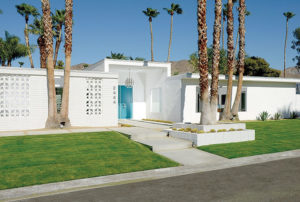 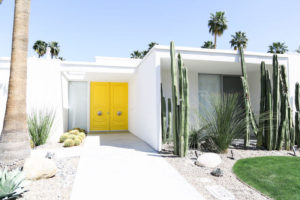 As you look ahead to the future, when we are able to safely traverse this beautiful planet once again, we hope that you find the magic and inspiration your soul has been seeking.