The debut of the world’s first Ferris Wheel at the 1893 Chicago World’s Fair must have been quite the to-do. It’s only appropriate, then, that the Field Museum’s A Fair to Remember, last week’s gala hosted by the museum’s Women’s Board, was truly one for the books as well. The gala, which marked the launch of the new “Wonders of the World’s Fair” exhibit, aimed to transport attendees back to 19th Century Chicago, and capture the spirit of this exciting, transitional time in our nation’s history. Creative Director Bill Heffernan characteristically surpassed expectations with the colossal decor for this fabulous event.

Let’s begin where guests began–at the entrance, where a 20’x 60’ image of the Chicago World’s Fair suspended from the ceiling dominated guests’ entrance experience. The image features Daniel Chester French’s famous statue, The Republic (it’s reproduction is known to many Chicagoans as “the Golden Lady”), which represents the republic of the U.S. and it’s government. 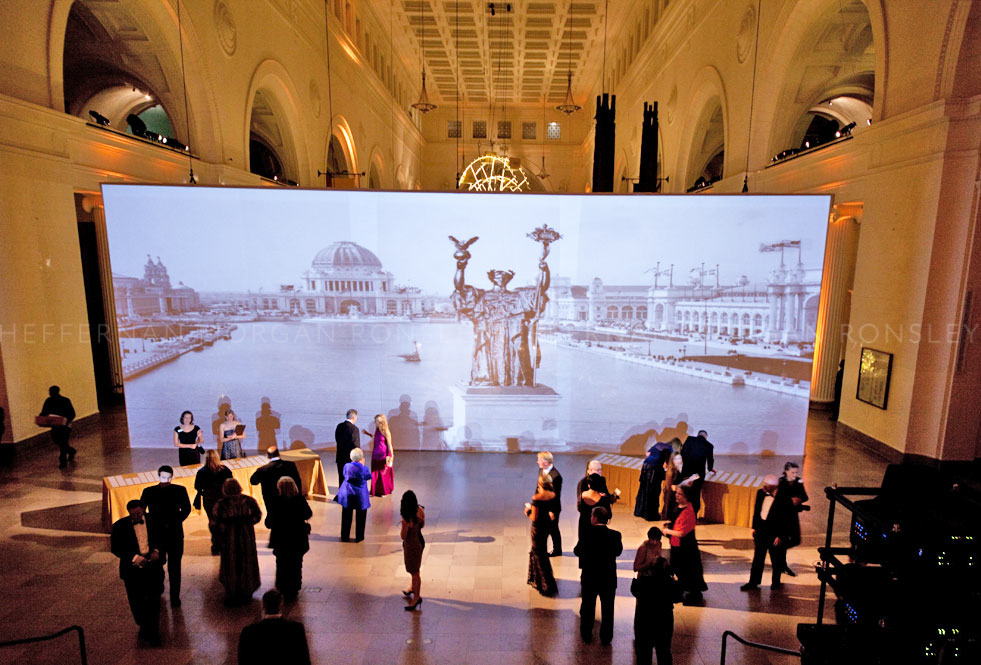 The image then rose into the air, allowing guests to enter Stanley Field Hall through a 200 foot long palm-lined midway, where they were accompanied by circus performers dancing to period music, and offered glimpses of the beautiful room ahead. 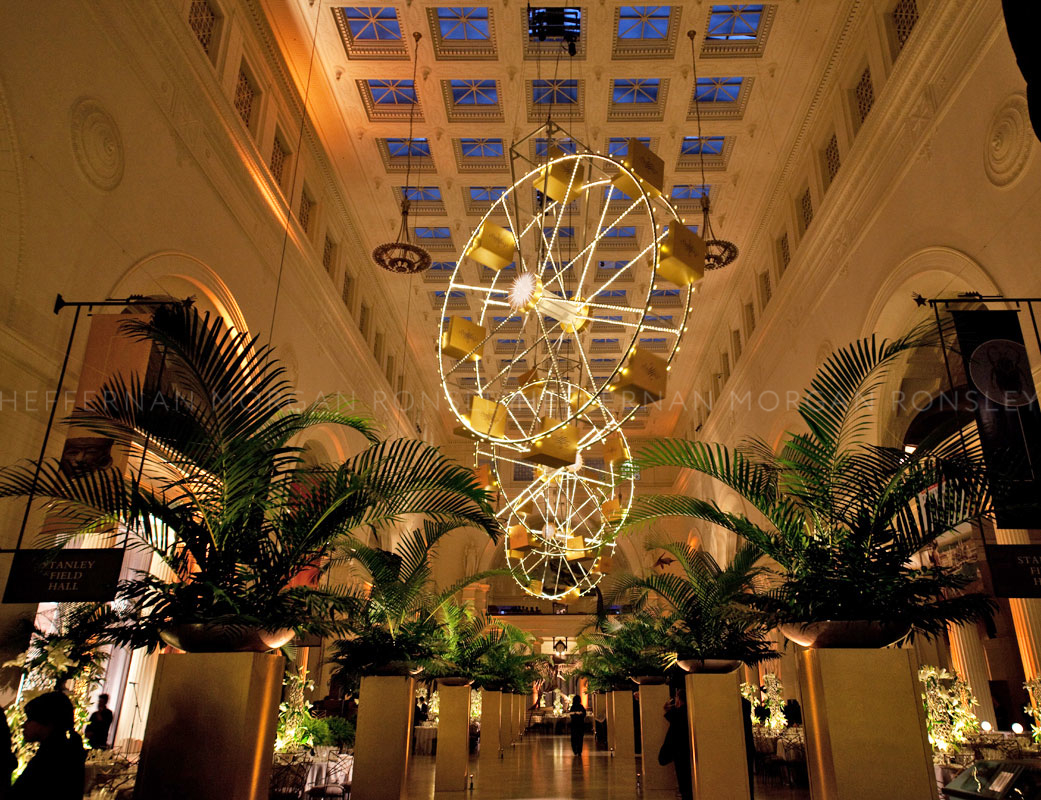 Clearly the show-stealers here were three 16’ iconic ferris wheels–complete with chasing lights and antique gold cars–suspended from the ceiling. These ferris wheels, made in-house at HMR Designs, awed the guests below, many of whom wondered if the wheels were an exhibit themselves! 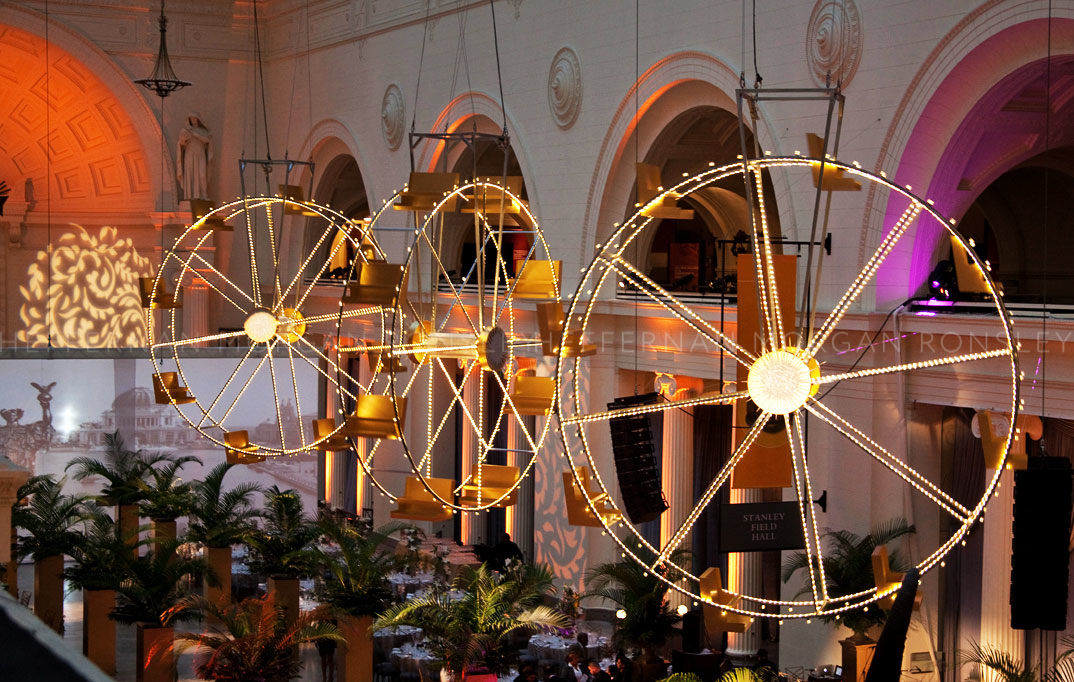 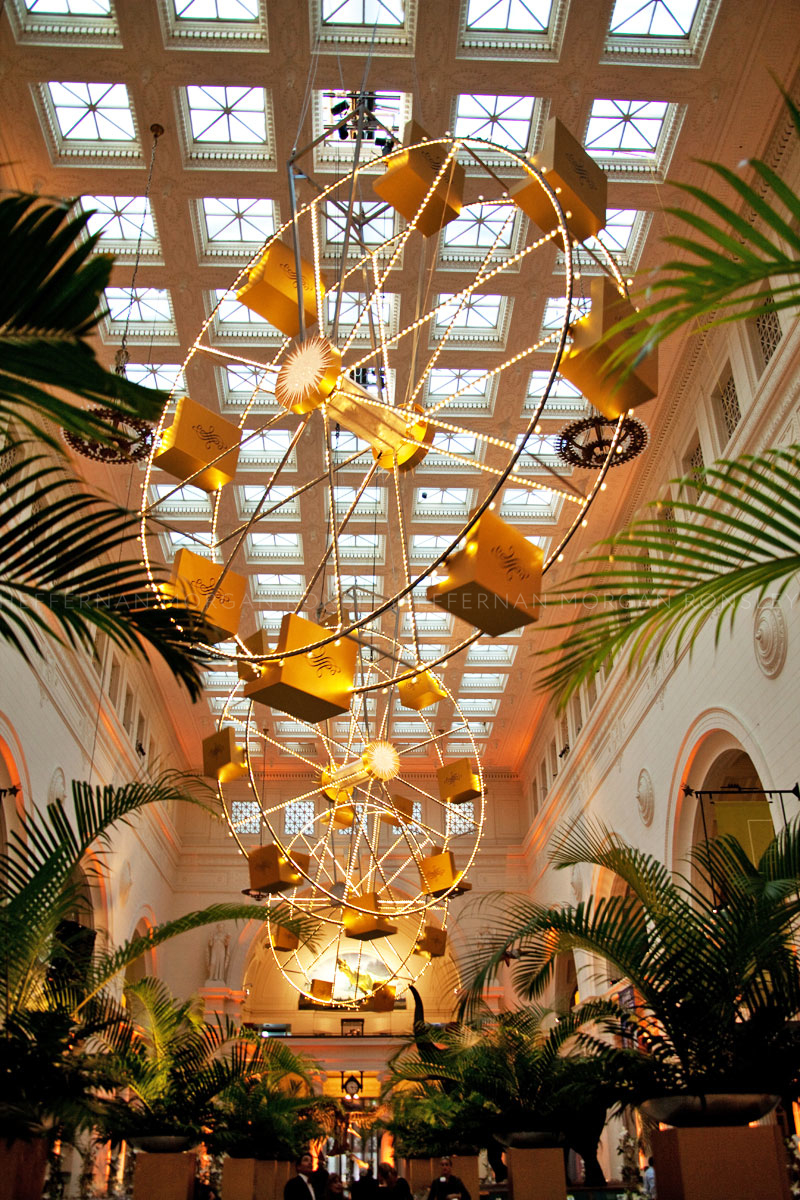 As guests advanced further into the room, they passed an orchestra adorned by 20’ images of the Golden Lady, and the eighty tables in the room were dressed in shimmering silver linens and centered by gorgeous towers of woven aluminum and Casablanca Lilies. 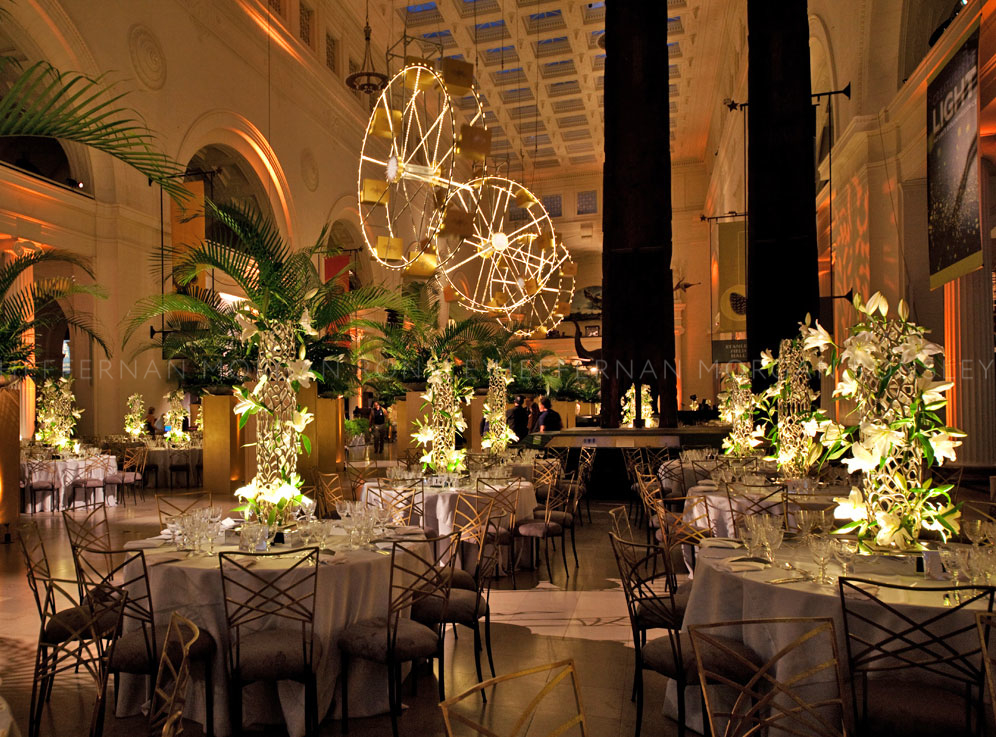 The gala was an all-around success, raising over $2 million for the museum and giving attendees an idea of what it might have been like to be a part of the fair that has had such a lasting impact on our city, and our nation as a whole. This is surely one that we’ll be talking about for years to come. 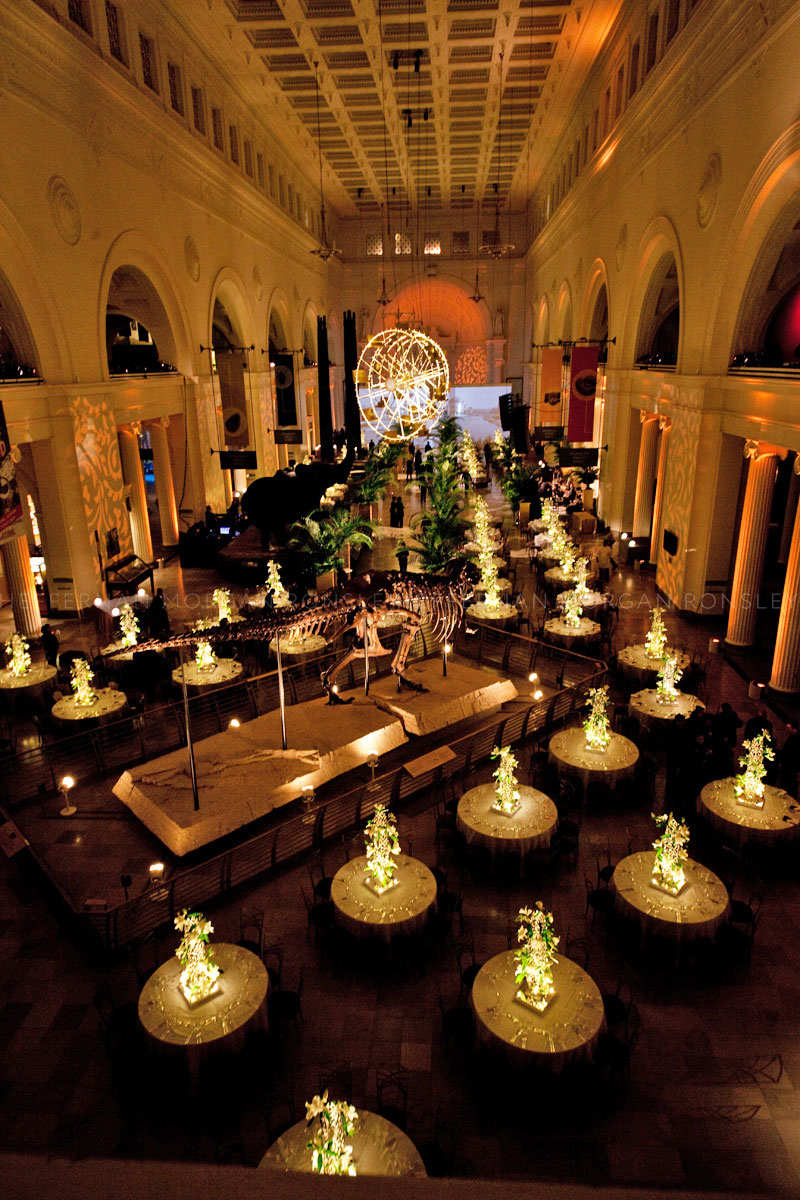 Thanks to Photography by Tay for the excellent photographs.